The Boss Geoff VK5HEL (L)  and Anthony  VK5QS (R) having a break between the crowds.

FT8 running on the screen, contacts made into VK0 and JA on a OZI-pole just 2mtrs high.

Lifetime membership award to former club president, David Box VK5DB on 19th November 2016. The Award presented by VK5HEL who is the current club president for 2017. 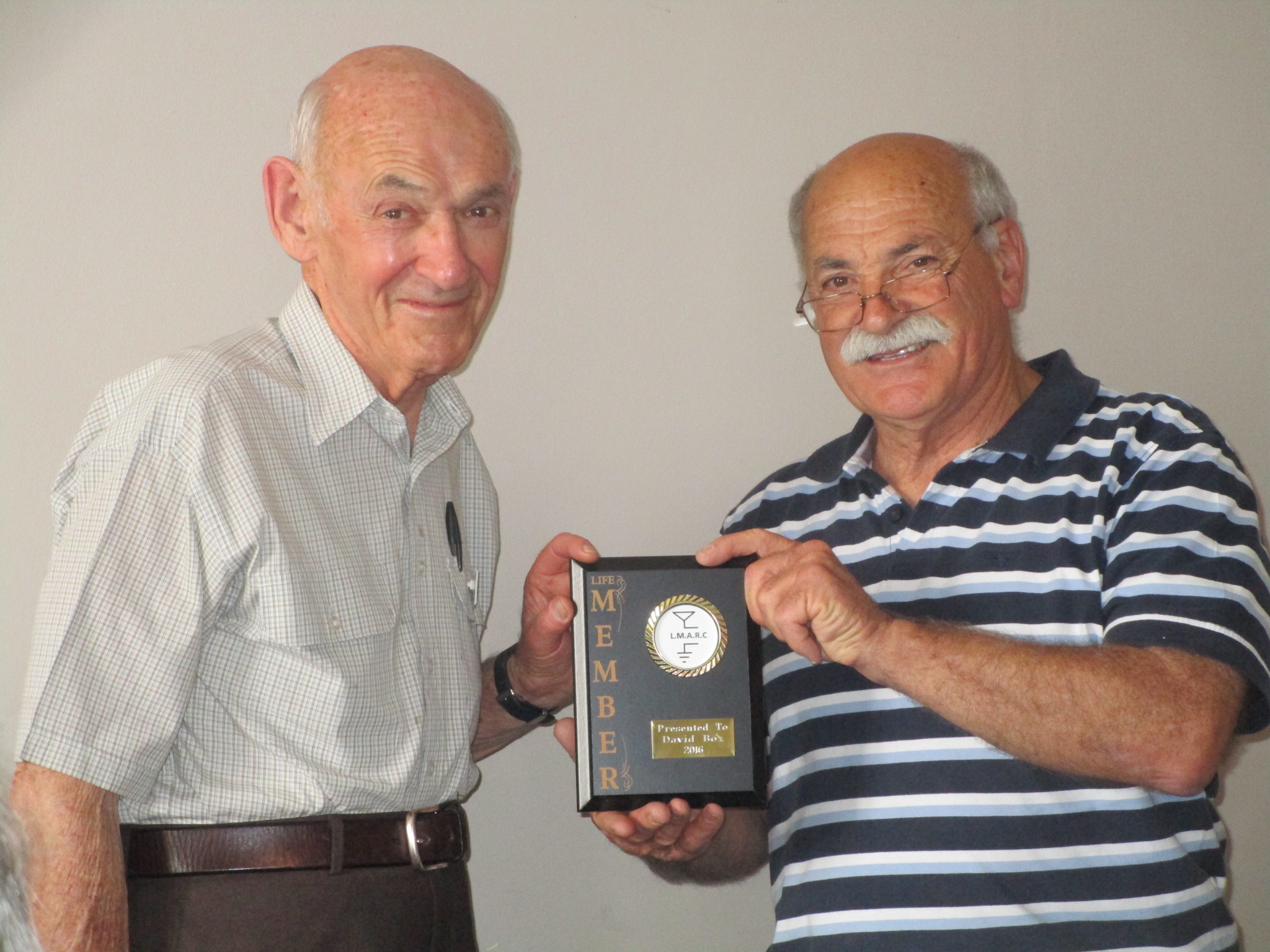 Sorry for the yellow hue in the pictures, the lighting was poor in the baskteball hall.

Geoff and Colin attended the stand fulltime with Anthony making a part-time appearance. 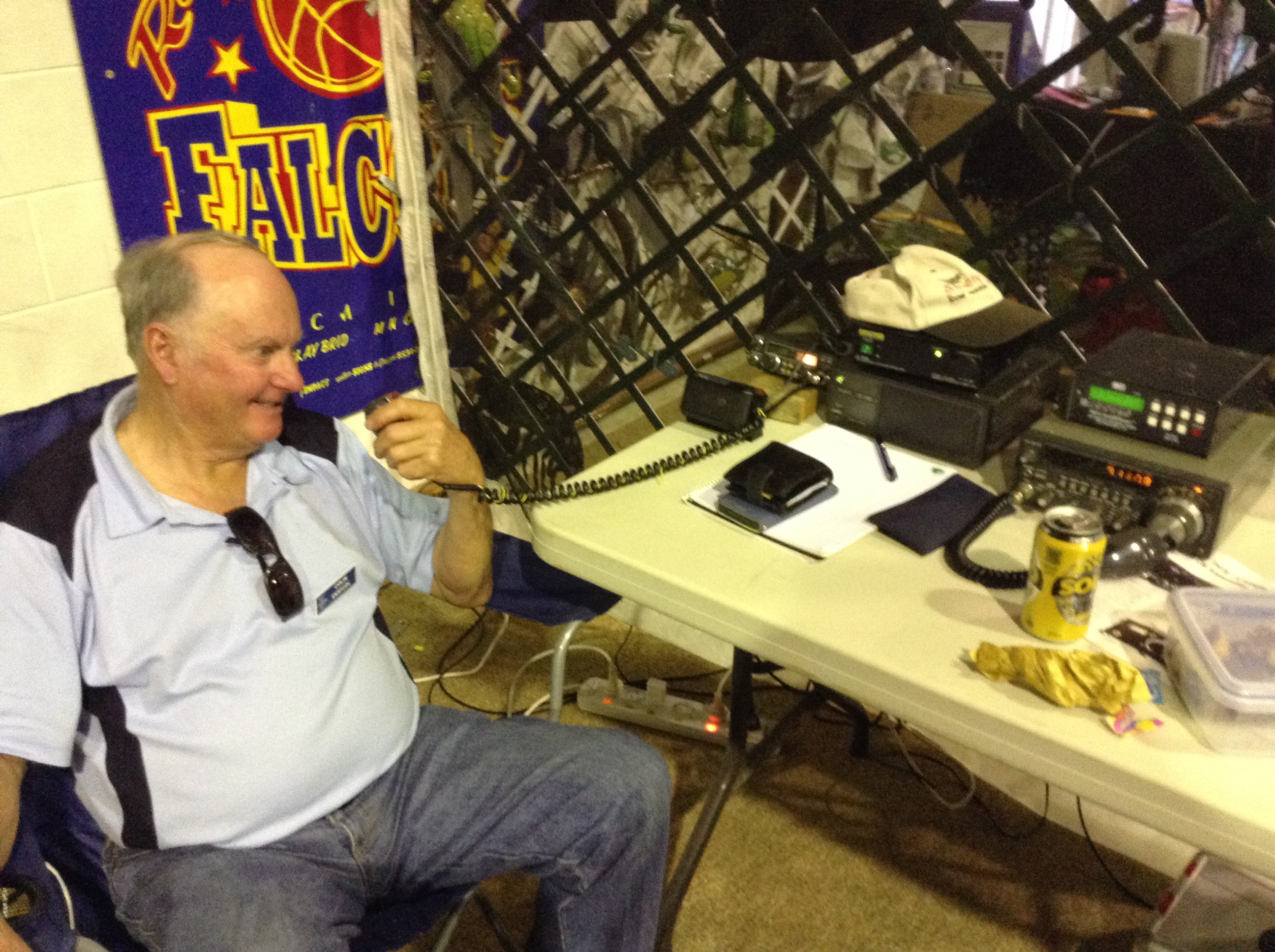 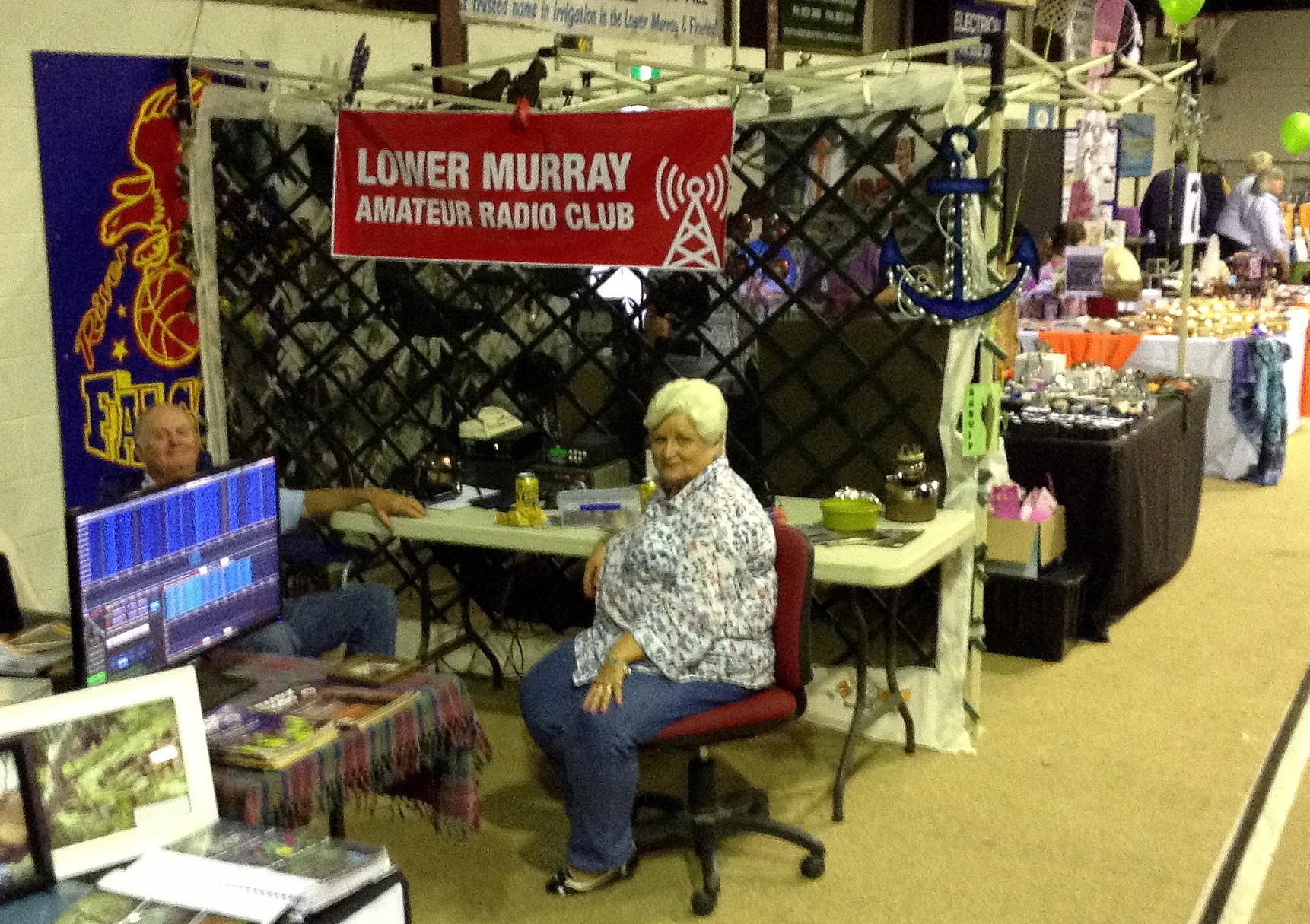 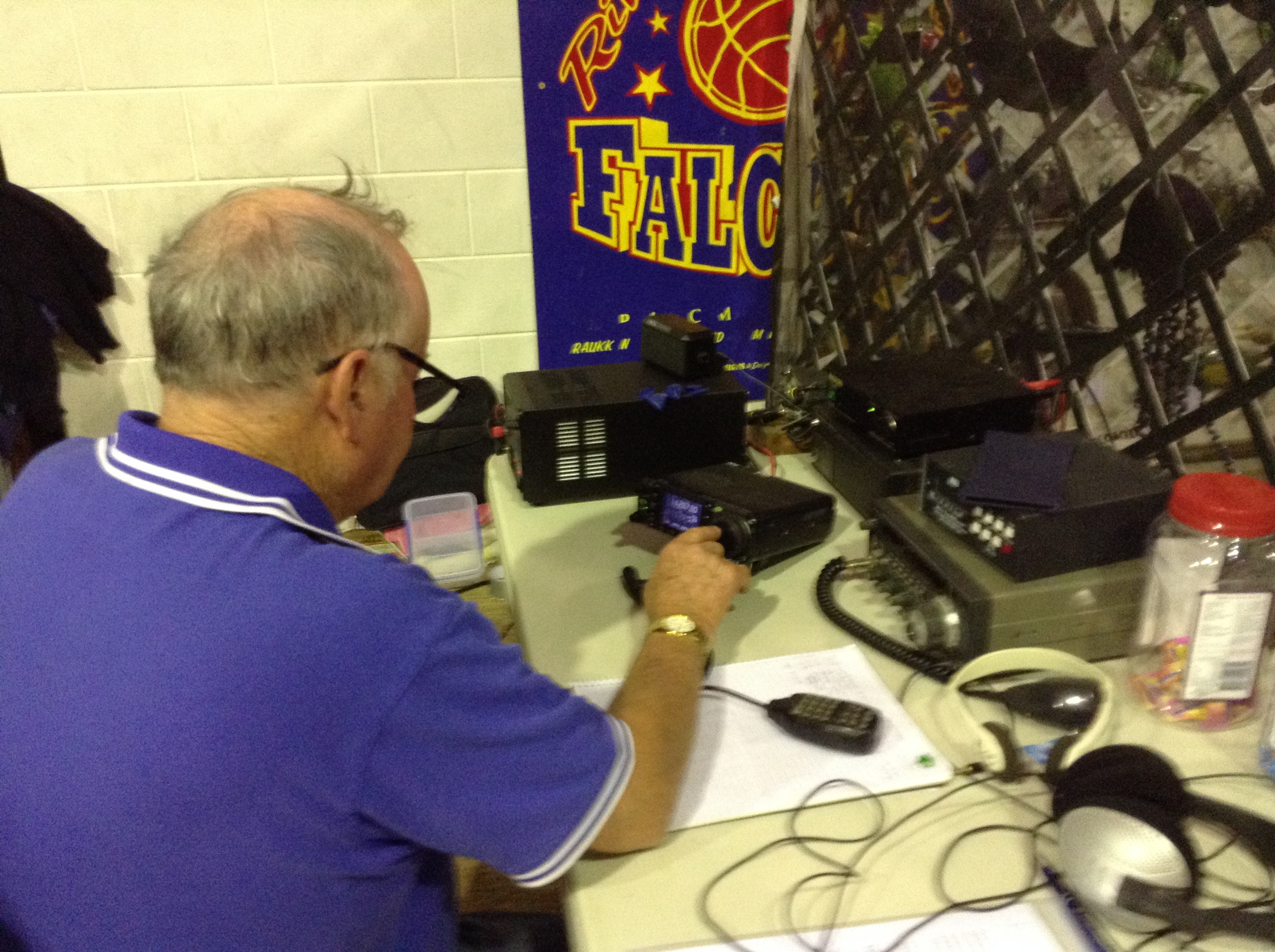 Notice how low the sweet jar is! 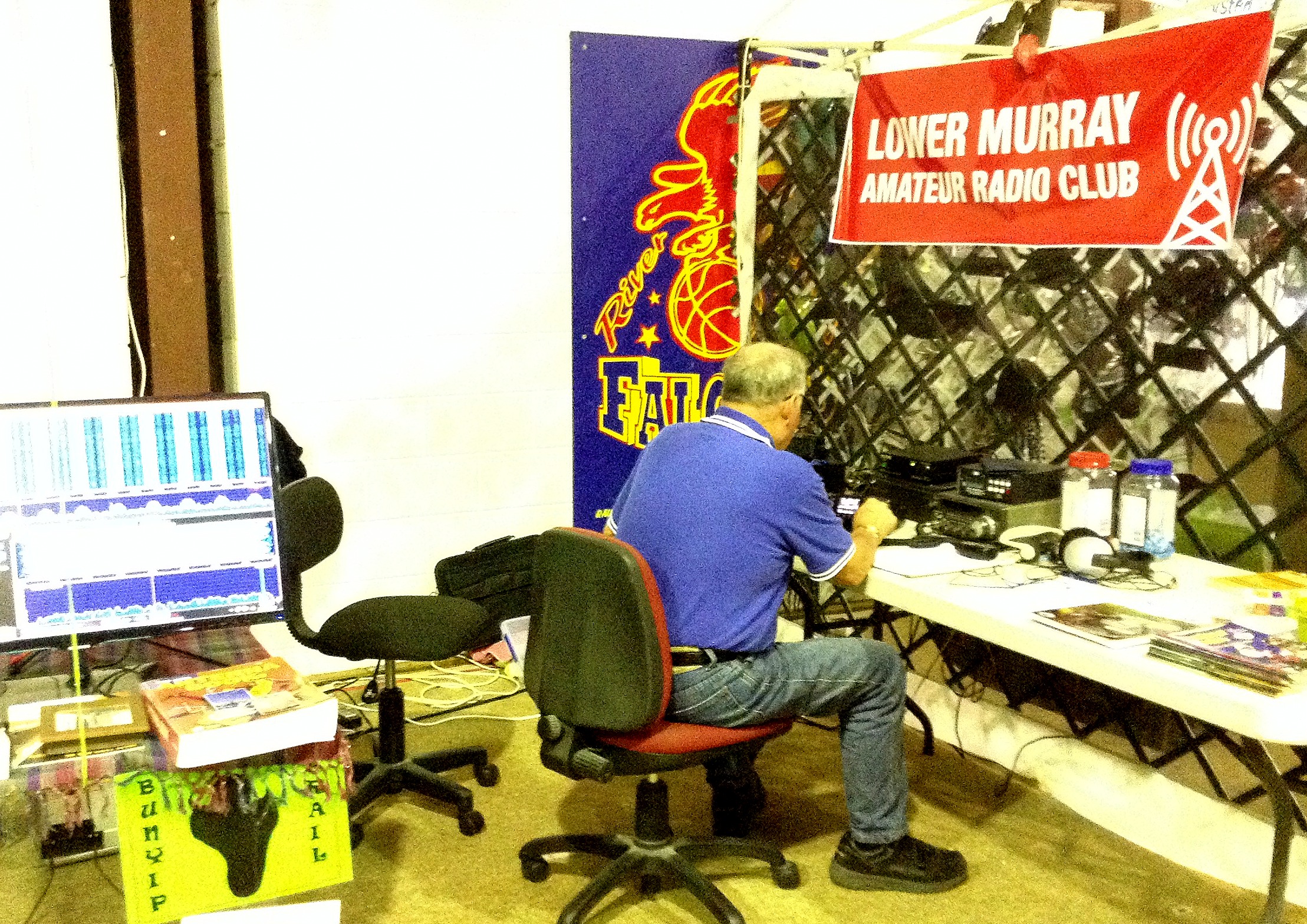 Thanks Geoff for the photo's..

Geoff, Jeff and Michael celebrating the existence of a Radio club on 14th December 2017 in Murray Bridge for 95 years!! 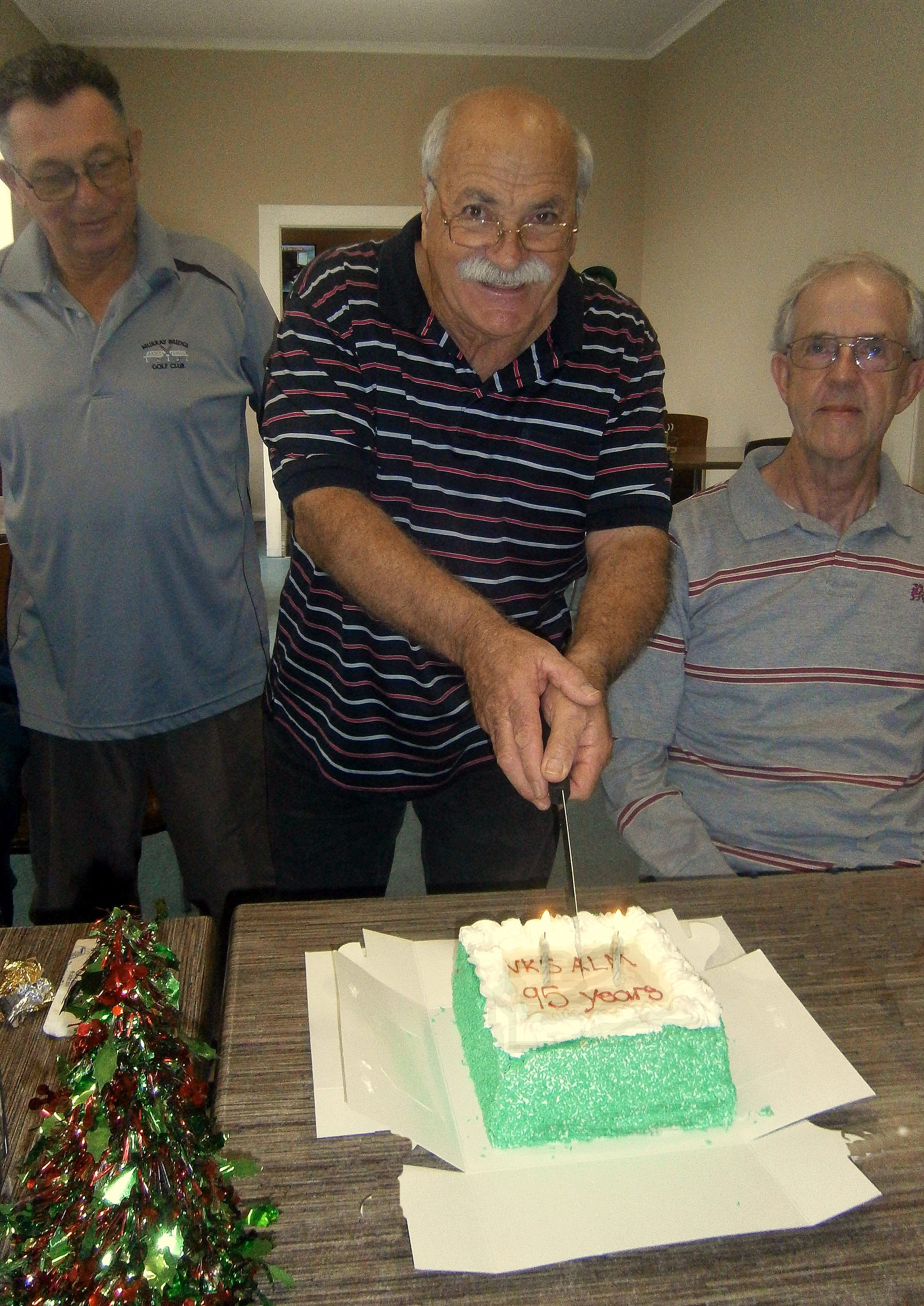